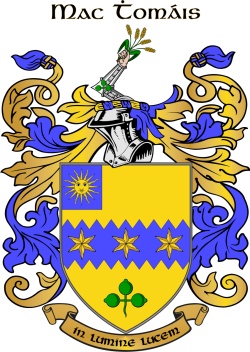 There are approximately 977,410 Thompson family members around the world. In general you can double this figure to include those related to the Thompson names to allow for those connected to the name through maiden name connections.

An English patronymic from Thomas. Thompson is widely distributed throughout Britain, but is most common in northern England and Northern Ireland. Americanised form of Thomsen.

Originally, of course, the name Thomas is biblical, derived from Aramaic, and possibly meaning 'twin'.

James Thompson, an English convict born in Kent, was sentenced to life and transported aboard the "Moffatt" ship on 5 May 1836, arriving in New South Wales, Australia.

In 1881, the surname was widespread especially in North England. Further South, the county of Kent was a top county with 1,947 occurrences.

In 1881, the most common Thompson occupation in the UK was Farmer. Farmer, Coal Miner and Labourer were the top 3 reported jobs worked by Thompson. A less common occupation was Agricultural Labourer.

Tell us about any famous Tomson (or surname variant) you think we should add here. We will get our genealogists to check them out and add them to the list. Thanks!

Join the conversation with the Tomson tribe

I am trying to find out about my Great Grandmother Esther Thompson, she married a Thomas J Knox and they in and or around Enniskillen Count Fermanagh Northern Ireland, they had a daughter Elizabeth Jane Knox was born in Co Fermanagh or there abouts, who is my grandmother, she married an Acheson Spink and they lived in Dublin, My mother Eileen was born in Dublin. I would love to know about my Thompson side

Areas of Origin for Tomson

Write an email address and click 'Invite' to share this page with more members of the Tomson tribe.

Discover where the Tomson Family members live around the world

Show off the Tomson Family Crest…